Understanding Endemic Species and Their Role in the Ecosystem 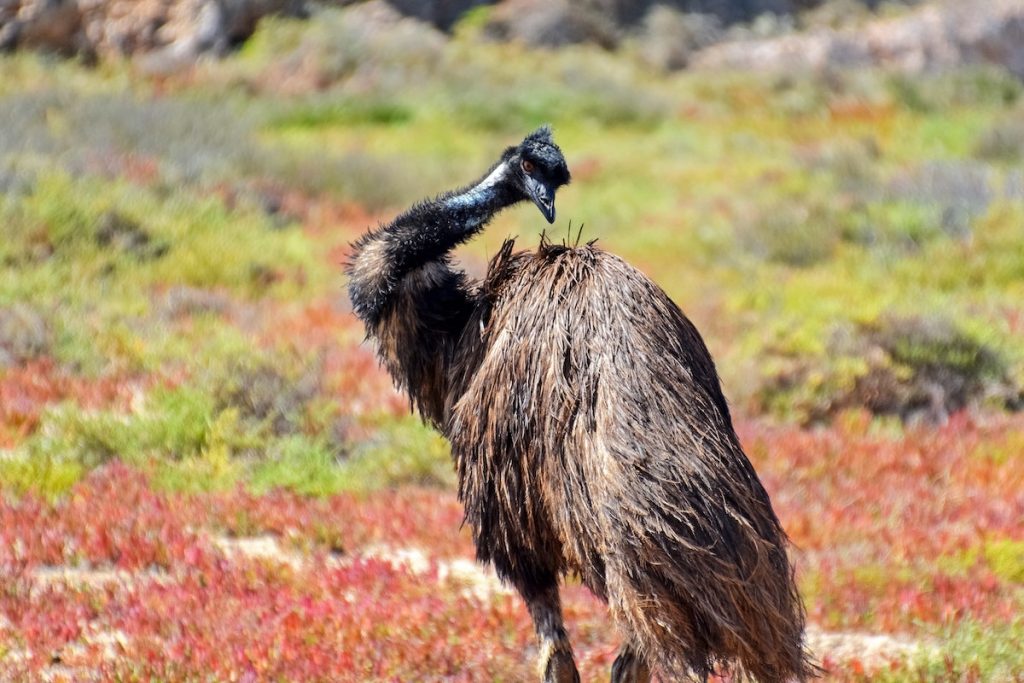 All living things play a role in the planet’s ecosystem and the food chain. This means that if certain species vanished, no matter where they fall in the food chain, their extinction will affect all of us. It also means that the whole ecosystem is out of balance, which poses a bigger problem for all.

The world is experiencing a detrimental decline in nature at a rate that’s never been heard of in human history – this rate is also accelerating species extinction.

A group of species is prone to extinction, and this is the endemic species.

What is an endemic species?

Endemic species are animals or plants that are native to a certain region or have a comparatively restricted distribution.

Endemism refers to the state of a species being restricted to a single defined geographic area like an island, nation, country, or other defined zone. For example, the Polar Bear is endemic to the Northern Hemisphere and naturally lives in that part of the world.

Note that endemics can be found anywhere but they tend to be unique to their region. In other words, endemics, wherever they may be located, are native to a particular area. In general, the greater the isolation or specialized nature of the habitat, the more numerous the endemic species.

Characteristics of a rare species:

Characteristics of an endemic species:

Depending on the scale of the geographic range, endemic species are called by different terms.

Species on remote oceanic islands tend to be almost 100 endemic. There has been a great deal of discussion as to why these species evolved in such a unique way and how they benefit from this state of affairs.

Speciation is an ongoing process, so endemic species are likely to become extinct before they can be adequately researched.

As endemic species typically live in isolated habitats, they tend not to interact with other endemic species. This has led some ecologists to claim that endemic species cannot coexist and that one will always drive the other into extinction if their geographical distribution overlaps. In reality, endemic species rarely interact and tend to be endemic to different islands or regions.

Why are endemic species valuable to biodiversity?

Biodiversity is important for many reasons. Each species has a role to play and the right to exist whether or not it directly impacts human beings.

With biodiversity, any loss in the condition can compromise areas such as economic (e.g. raw materials and food), ecological life support (e.g. oxygen, clean air and water), recreation, cultural areas, and the sciences.

Studies show that the ability of endemic species to adapt to specific environments is very important as it affects other species one way or another.

An example would be the eucalyptus. A plant that can adapt to survive in very harsh conditions. Majority of herbivores can’t digest eucalyptus. But koalas were able to adapt and survive by eating it. The eucalyptus is an endemic plant that is valuable for koalas, without which, the ecosystem would be crippled.

Why is the extinction of endemic species dangerous for the ecosystem?

Ecosystems refer to the groups of organisms, plants, and animals found in the same area and coexist with each other. They all make up environments like the rainforest, mountains, desserts and more.

Balance is needed to keep the ecosystem alive.

However, if a species were to go extinct, it destroys the balance and would cause a number of problems not only for the ecosystem but for humans as well.

A well-balanced ecosystem maintains the health of the environment and ensures that humans and all living creatures have access to clean water, air, and land.

If a species dies, it immediately means that there’s something wrong with the current environment.

It may be because of overhunting, overpopulation of a different species, a spread of disease caused by the imbalance, or a rise in temperature caused by human error like climate change. Studies show that endemic species are 2.7 times more likely to go extinct due to the change in temperatures compared to other species.

If a species goes extinct, the ecosystem becomes crippled, and slowly, that loss will lead to the loss of another species.

Endemic plants and animals each have their own part to play in the ecosystem. It doesn’t matter whether they’re the predator or prey, if one of them disappears, it won’t be good for the ecosystem.

A loss of a predator can result in a trophic cascade. This is an ecological phenomenon that will impact the populations of the prey due to the predator’s extinction.

An example would be the northern sea otter, endemic to the Eastern Pacific between the Aleutian Islands.

Sea otters are important predators that are essential to the health of the kelp forest underwater. The kelp forests are one of the most efficient absorbers of carbon dioxide (CO2), they are also home and food to thousands of species underwater. Sea otters help control these animals from consuming kelp by hunting animals like sea urchins and other invertebrates that eat kelp. In turn, the kelp forest remains healthy and able to provide for the needs of all animals that require it.

Imbalance in ecosystems can lead to a number of disasters, including the emergence of pests that could damage crops and farmlands.

It’s evident that all inhabitants of the planet rely on each other, one way or another, directly or indirectly. If one species goes extinct due to unnatural causes, it will cause a domino effect that will involve all living creatures.

Why are endemic species vulnerable to extinction?

There are four main reasons for the extinction of endemic species. These are:

It is that reason that the organism is hunted so much that their population decreases and they are unable to maintain their population and hence first get endangered and then become extinct.

For Example, the northern white rhino has once populated Africa, but because they have been hunted and poached for their horns, there are now only two living white rhinos in the world, and both of them female.

Since evolution and endemism have a lot to do with the species’ natural habitat, they won’t be able to live anywhere else if their natural habitat or the environment that they have adapted to is destroyed.

When an environment is altered so much that certain organisms can no longer survive, that’s when the species is endangered and goes extinct.

Global warming is one example of a threat that’s now slowly destroying these unique and natural habitats.

Aside from environmental change, another reason for a loss of habitat is if their new hunters/consumers come to live in their land. There would be some change in the food web, thus changing or destroying the current ecosystem.

Small populations may pose a number of difficulties for a species. They are likely to have low genetic variability and experience inbreeding depression. Furthermore, they are more vulnerable to environmental changes and demographic variation. Therefore, small populations are more likely to go locally extinct.

An example of such a species would be the Pyrenean Ibex, which became extinct in January of 2000. Aside from diseases and over-hunting, inbreeding was also a cause for their extinction.

What are some examples of endemic species?

There are various examples of endemic species, but here are some examples for both endemic plants and animals.

What You Can Do Today

Human impact on the earth can bring devastating impacts on the ecosystem, biodiversity, and the survival of endemic species.

But as you’ve read earlier, we all have a role to play in the survival and development of the plant. You can protect endemic species and endangered species, participate in biodiversity conservation, and save the ecosystem by doing the simplest things and altering habits that contribute to climate change and the destruction of the environment.

There are also charities and organizations that you can join and help like the SeaLegacy movement, an organization formed to save the ocean and protect its inhabitants, starting with Antarctica. The World Wildlife Foundation (WWF) currently has projects that let you adopt native species to help them repopulate their region.

Conservation of endangered and endemic species is not only the job of a politician, activists, or scientists. You also have the power to protect them.

Leonard Thorne is an environmental studies lecturer and an ardent practitioner of sustainable living methods. He is proud of his almost-net-zero-energy home in Seattle, where he lives with his wife and 2 dogs. He has been advocating for eco-friendly manufacturing practices for over a decade and works closely with many non-government organizations as a sustainable practice consultant
PrevPreviousAffordable Yet Impactful Upgrades to Spruce Up Your Kitchen
Next8 Ways to Make Your Home More SustainableNext 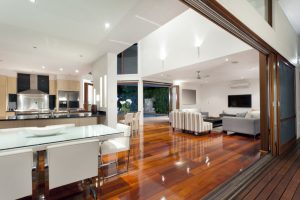 Finding a Balance between Beauty and Functionality at Home 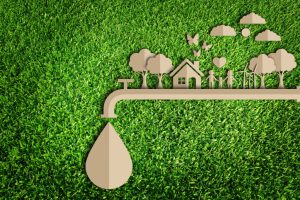 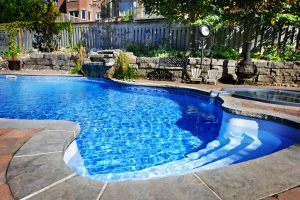 Unique Amenity Designs to Make Your Home Stand Out 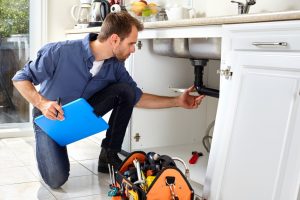 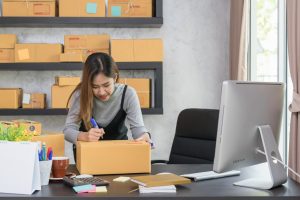 The Essence of Running an Environmentally-Friendly Business