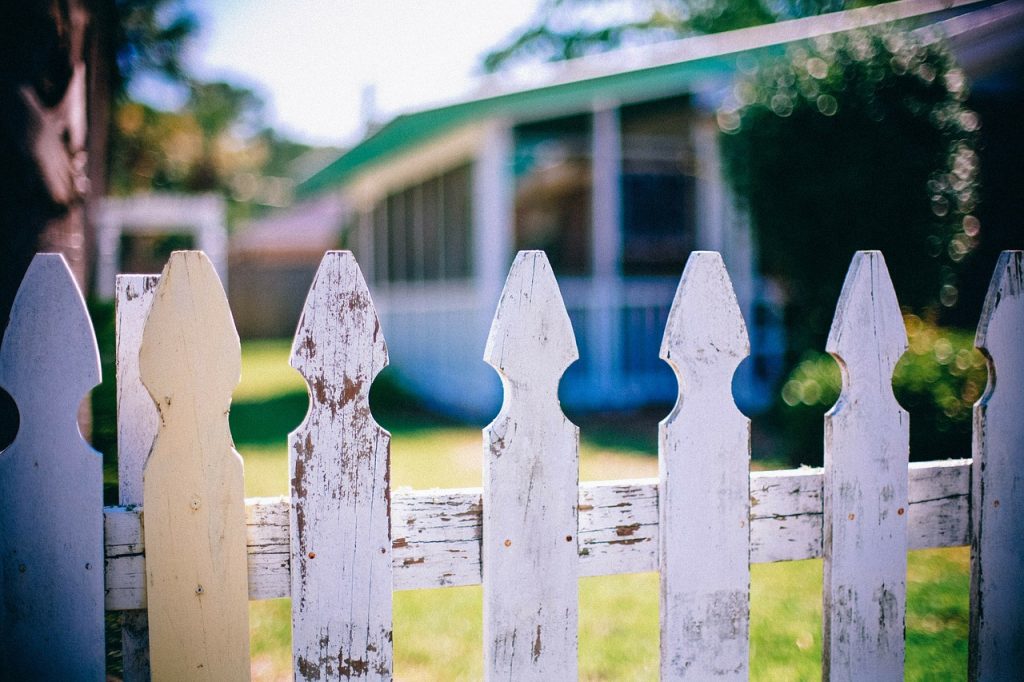 American suburbia is more than just a quiet place to raise a family: it’s a symbol of some of the highest ideals of traditional America.

In the suburbs, you’re going to find the nuclear family consisting of a homemaker mom, a dad that brings home the bacon, a station wagon, a craftsman house, and of course, a white picket fence.

In fact, barring everything else, it’s the white picket fence that ties it all together: a house without it and is just a structure with a lawn and not much else. A nuclear family in an apartment? That’s just too modern.

But in a country that prizes symbolism, the white picket fence is more than decoration: it’s a representation of a person’s struggle to achieve the “American dream”, that idealized lifestyle pushed on us since time immemorial as the end goal of the American way of life. It is the very definition of success, according to conservative America.

The history of the white picket fence goes all the way back to colonial times, with the idea of it being part-and-parcel to the American dream being canonized in mass media in the 1950s. In this article, we take a look at the humble beginnings of this simple, plain, yet important aspect of Americana. 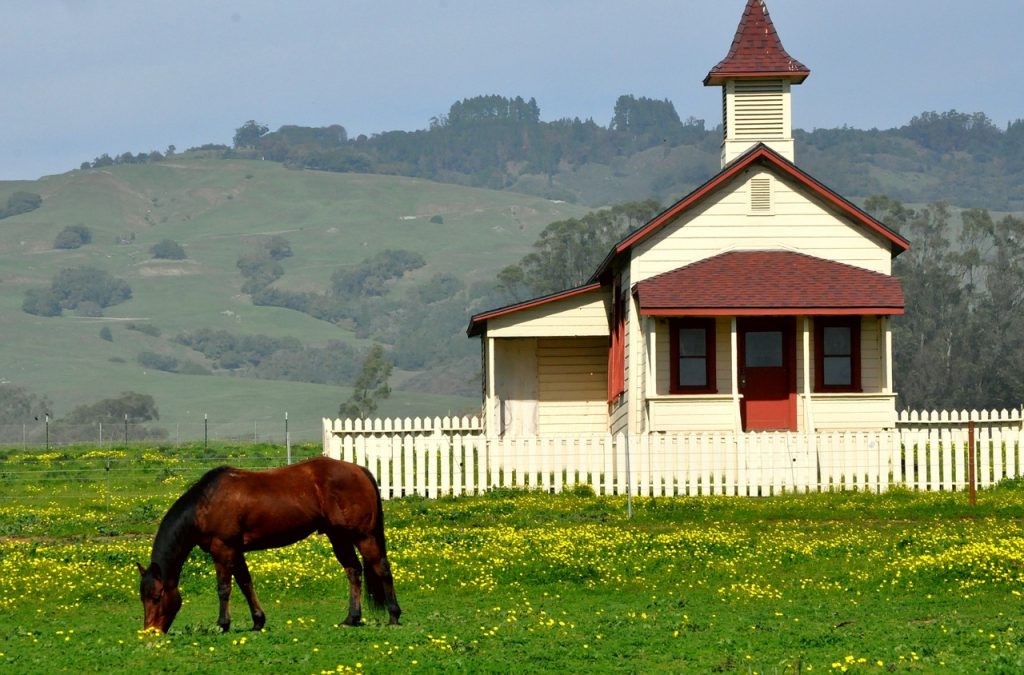 Our colonial forebears lived in a very different America: as a British colony, we weren’t exactly at the top of the food chain. The first Americans had to live off the land, carving a fortune for themselves while fending off wild animals, bandits, and the occasional redcoat trying to squeeze out tax money from what meager earnings they made. It was a tough life, but they made it through, and they made it their own.

By the early 1700s, what was once a lawless land had turned into the 13 colonies, and the first pioneers turned from wilderness survivalists into city folk. Simple log cabins gave way to more comfortable housing, and our Founding Fathers busied themselves into turning the land into a home. Back then, land surveys weren’t exactly the most accurate, so the early Americans used simple wooden stakes to demarcate where their lots ended and where their neighbors began.

The first picket fences –a holdover from our European colonists –were actually military fortifications: sharpened logs that kept enemies at bay. Of course, in the civilized colonies, it was adapted to be more of boundary markers than defensive positions. What separated the wealthy from the not-so-wealthy, however, was the paint.

White paint was hard to come by, and maintaining a fence that was clean and whitewashed all the time soon became a passive symbol of prosperity. After all, a person who could maintain whitewashed wood fences meant that the person had both the time and the resources to do so, or at least, had the time and resources to have someone else do it for them.

Of course, in modern times, white picket fences are a great DIY project for homeowners, an activity that would have made our pioneers proud. Back then, however, hiring a craftsman to do it was reserved for those with bigger purses.

As decades and centuries passed, the white picket fence became the standard for the idealized middle-class suburban life. It retained its symbol of prosperity and entered the American psyche as a subconscious marker, not just for territory, but for success.

The White Picket Fence as Part of the American Dream 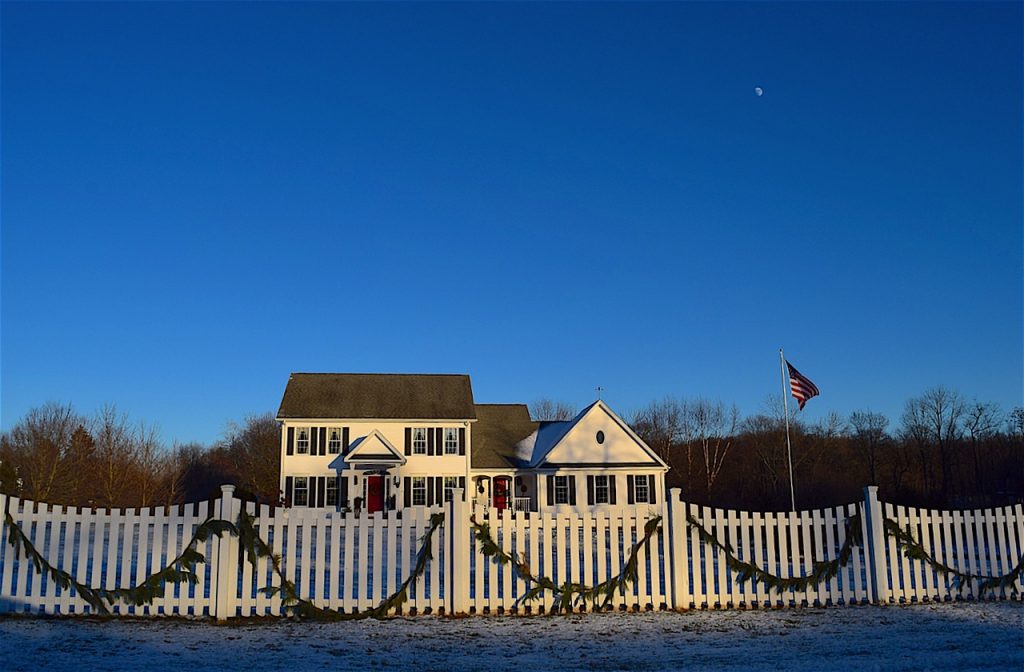 The golden age of American media peaked in the 1950’s when technology brought the magic of the silver screen to American households via television. It was here that the conservatives immortalized what ‘traditional American values’ meant, showcasing the nuclear family and American patriotism.

It was an exercise in further strengthening Americana culture and the American identity, doubly important during that era when tensions between the United States and the Soviet Union. Every media representation of the American family had to be idealized, and at the forefront: white picket fences.

It was innocuous, simple, and something every middle-class family could afford. In just a short span of time, white picket fences were as American as apple pie and baseball. It was beautiful, it was practical, it was American.

And that was important for Uncle Sam: the government needed to have a large and active middle-class in the country that had a strong sense of identity because it helped boost the economy and it showed the Ruskies that American is the land of the brave, free, and the prosperous. Images of cul-de-sacs with craftsman homes lined with picket fences were sold to the American public as subtle reminders that this was the American dream. Anything short of it meant that you simply hadn’t made it yet, or you were a communist. Media made you want to own a house, even if it meant taking out loans.

The media played the white picket fence ideal well because they were selling a fairytale that wasn’t actually impossible. By the mid-’50s, America was well on its way to recovering from the financial losses of the Second World War. Money was flowing throughout the country, further reinforcing another, albeit toxic, American ideal that poverty was only for the lazy. The white picket fence was an American Dream, but it was a dream that was accessible, and more importantly, affordable, even to the Average joe.

By the time the ‘60s rolled in and the Age of Aquarius started, the white picket fence had been immortalized as part-and-parcel of being American, and not even the Hippie movement could erase that. In fact, by the very act of opposing “traditional” American values and aesthetics (which, of course, included white picket fencing in quiet suburbs), it further reaffirmed their place as important cultural markers.

The White Picket Fence Is Doubted 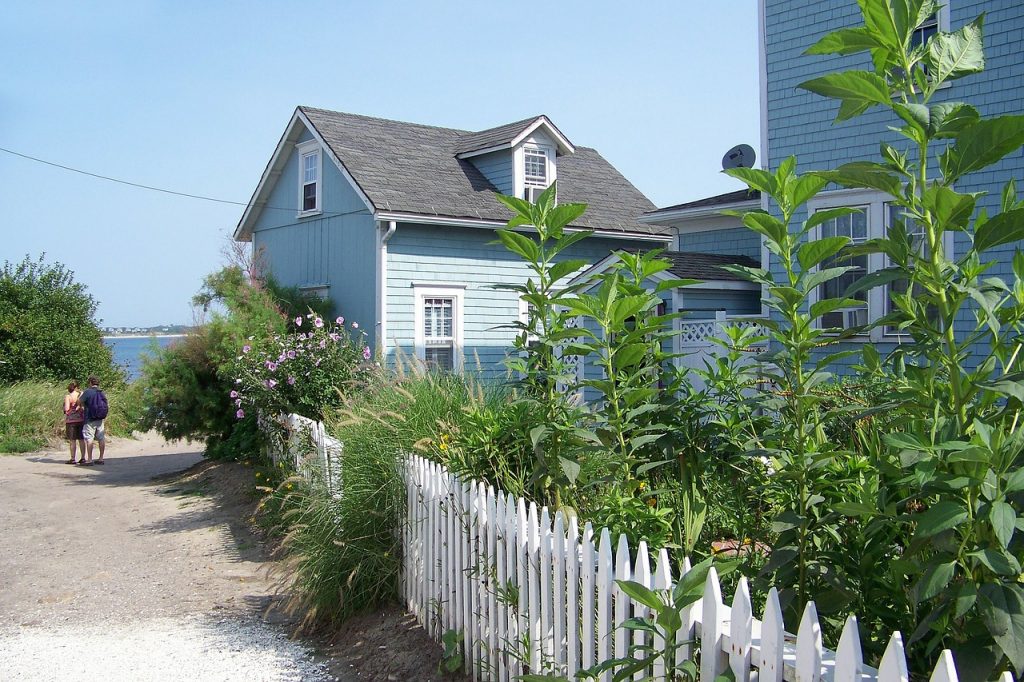 By the mid-’60s, however, our country’s psyche took a turn: U.S.-Soviet relations were worsening, the Bay of Pigs almost sparks World War III, America was sending troops to Vietnam, and the poverty rate around the country started increasing. All of these factors played a part in reducing the impact of the white picket fence. Almost overnight, people’s rose-tinted glasses came off, and they saw the whole Leave it to Beaver white picket fence as a security liability instead of a dream.

By the late ‘60s and early ‘70s, America’s victorious mood from winning World War 2 had given way to a more cautious, suspicious dread of an impending war with the Russians. White picket fences simply did not offer enough protection against Soviet agents, nor did it protect from the prying eyes of the urban poor. Chain-link fences replaced the white picket fence, and while the latter remained an idealized version of the American aesthetic, it was a dream that simply had to wait.

Many of us believed the war was coming, or criminals, or both, and a white picket fence simply had no place in defending people’s homes.

The White Picket Fences as Part of the Americana Aesthetic

In the late ‘80s and the early ‘90s, America went back into an economic upturn, and Americans were once again hopeful and idealistic. Even the onset of the First Gulf War didn’t deter Americans from dreaming. An architectural movement called the New Urbanists are often credited with reviving the white picket fence –and, indeed, the entire suburban Americana aesthetic –and reintroducing this ‘traditional’ American value to a new generation of home-buyers.

Using a combination of practical finances (picket fences are, now, cheaper to maintain and build) and a hearkening back to the ‘good ol’ days’, the use of white picket fences has resurged in the 21st century, securing its place as an enduring symbol of Americana and the Americana aesthetic, not to mention a great way to boost your curb appeal and up your home value.

Of course, as a symbol, white picket fences are there to portray the most positive values of our country — family, home, and community. Most importantly, it goes well with your lawn and garden ornaments.

Leonard Thorne is an environmental studies lecturer and an ardent practitioner of sustainable living methods. He is proud of his almost-net-zero-energy home in Seattle, where he lives with his wife and 2 dogs. He has been advocating for eco-friendly manufacturing practices for over a decade and works closely with many non-government organizations as a sustainable practice consultant
PrevPreviousGardening Basics and Precautions: How to Stay Safe When Gardening
NextDIY Wooden Step Stool for the BeginnerNext 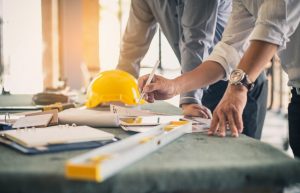 The Many Reasons to Build Your Home From Scratch 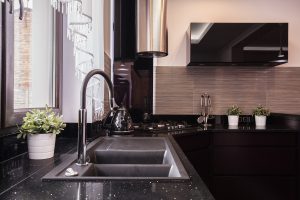 Choosing the Appropriate Thickness for Your Countertops 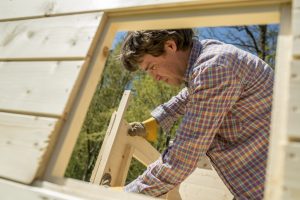 Make It Stick: Using the Right Adhesive in Your Diy Wood Project 3 Uses of Door Furniture You’ve Never Thought of Before